In the UK, DJ’s like Tuff Jam and Dreem Team started playing DUB mixes of US (along some Italian and Dutch) vocal tracks at a faster tempo in afterhour clubs/parties and asked local MC’s to get on the mic over the

music as they were already doing in the Drum & Bass scene. This was a sign of things to come.

At that point in the UK, it was called the “Sunday Scene” because all those parties were hosted on sundays as there was no interest from promoters in throwing these parties in big clubs on weekends.

Around ’94, the UK influences start morphing with the US garage/soulful house sound. It becomes slightly faster, tougher and more focused on the bassline while still keeping a lot of US influence.

Because of the high price of the US imports in the record shops, certain producers in the UK (such as Grant Nelson, Richard Purser & Warren Clarke ) started making their own Garage records with the distinct British flavour, giving birth to the UK Garage sound, releasing dubs on labels like Nice’N’Ripe and Swing City. A perfect example of this is Grant Nelson’s (24h Experience) version of Logic “Blues For You”, the american track from Wayne Gardiner aka Logic.

While the garage house sound starts to stagnate in America, in the UK Garage it evolves and starts getting media attention. Drum & Bass studio engineers are starting to create their own vision of Garage and infuse it with that British touch. New sub-genres see the day: 2step beats make their appearence and Speed Garage is all

point, Speed Garage starts getting a lot of media attention and interest from the major record labels that want to jump on the bandwagon. Tons and tons of compilations start flooding the streets and the freshness of the sound dies pretty quickly.The term “speed garage” has always been a source of controversy: hated by pretty much everyone in the scene but used to sell tons of compilation CD’s. But still, this period is very

interesting because you can start seeing the infusion of dancehall elements which have a incredibly rich history in the UK.

The hype around UKG brings the scene to new heights. the british press is all over it, UKG compilations are selling out, UKG artists such as MJ Cole, Tuff Jam & Dreem Teem are entering the charts, Garage events such as Pure Silk puts Ayia Napa on the map as a clubbing destination. The FM airwaves are taken over by UKG: numerous pirate stations are playing it 24/7… even major stations like KISS FM are jumping in!

The UKG sound splits in two. Four to the floor vs two step. The trend is changing and the at

tention towards 2 step is growing, moving away from the traditional 4×4 beats.

step, paving the way for what we now call dubstep. On the other end of the scale, sampling U.S. R’n’B acapellas,

ng a new wave of homegrown artists like Craig David. Major labels are commissioning UKG producers to do 2step remixes for the UK pressings trying to cash in on the trend which was until then, a white label culture.

The sound of UKG is morphing & going in different directions. The MC led parties created a new sound. Club MC’s inspired a new generation of artists which are taking the charts by storm. Artists like Oxide and Neutrino & the So Solid Crew are shaping up the future of UKG: Grime. UKG is now the UK’s version of the

Urban scene in A 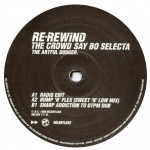 For a while in the early 2000’s, there was a lot less focus on the 4/4 beat music. Most of the attention was on the broken beat and rising from the underground, early Dubstep had all the momentum. In contrast, Bassline reincarnated the “bling” side of Garage: it brought back the girls to the clubs with music that was heavily influenced on Speed Garage (but a lot faster) while adding the pop feel to it. The best example of bassline’s commercial ambitions balanced with its underground roots remains T2’s “Heartbroken”.

A lot of key players in the bassline scene claim that it got its name as an alternative to Garage as in the 2000’s no clubs wanted any part of the Garage scene. You couldn’t put the word Garage on a flyer at that point without running into trouble. The focal point of the Bassline movement was a night called Niche in Sheffield, which helped create the sound but was eventually shut down because of gang violence & drugs. Ironic.

Some Bassline tunes still sound very fresh but it’s a style that not many big time producers jumped on. Yes, some anthems came out of it but all in all it was not the most fruitful movement of UKG. On paper, the idea of making speed garage which was around 128bpm even faster was a bit nuts. Dancing to a 4/4 beat at around 140bpm is a bit intense for a whole night innit?

Just like UK Garage was started from the heavy influence of US soulful deep house records in the mid 90’s; UK Funky is what came after the british were influenced by the funky & soulful house scene of the mid 2000’s from people like Karizma, DJ Gregory, Dennis Ferrer. As with the creation of Garage, they added their own ingredients into the mix (soca, tropical, kuduro, broken beat) and the occasional MCing.

Like Bassline, UK Funky was definitely fueled by the desire to bring girls back to the clubs with more accessible and danceable tunes than nights (dubstep & grime) that had a reputation for attracting just dudes. UK Funky attempted to bring back the classy side to the clubs while slowing down the beats considerably from the Bassline House productions.

The current state of the UK Garage can best be described in two worlds: global and diverse.

Global because it is clearly not a London (or UK) thing anymore. Since the mid to late 2000’s, producers across the world have started infusing their sound with clear UKG influences and audiences have followed, creating pockets of scenes of UKG music across the world.

Diverse because there is no longer one sound or two being dominant for a period of a few years. Everything is happening everywhere all at once. New school Grime, the 4/4 resurgence of the 90’s sound, ex-Dubstep producers making Techno and Footwork. The current state of the scene is absolutely inspiring but also dizzying. It’s hard to keep up with the amount of new talent like Preditah, Swindle, Flava D, Visionist, MssingNo and others doing big things for the underground. It’s also great to see that new more mainstream acts like Disclosure are opening up a generation’s ears to UK Garage without them even realizing it.

It’s been 20 years and things have come full circle.

And that’s a wonderful thing. 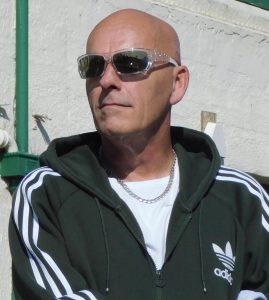