JACK IN THE HOUSE 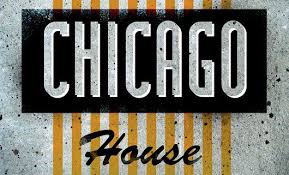 The roots of House music

House music was created in and by the African American community. Musically, House music evolved in Chicago and New York from African-American musical traditions like gospel, soul, jazz and funk as well as Latin salsa. Spiritually and aesthetically, it developed in the U.S. out of the need of oppressed people, African Americans, gays and Latinos, to build a community through dance , and later in the UK, out of the need of young people dissatisfied with the meaningless materialism of Thatcher’s England, to build an alternative community of music and dance via Acid House. From a different point of view, House music in the U.S. was associated with black people, with gay clubs, basically with things that white America would not even acknowledge.

House was just perceived as “gay” music for blacks and thus scorned by whites, although its aim was to unify people of all races, backgrounds and sexual orientations. According to Frankie Knuckles, many people could not and still cannot deal with the fact that House music started in gay clubs. Thus, narrow-mindedness, racism, and even corporate music politics played an important role in preventing House music from flourishing in the U.S. in the eighties.

House music had its origins in gospel, soul and funk rather than in commercial disco music. Furthermore, Chicago jazz, blues and soul had an immense influence on the creation of House music. There were significant Midwestern musical influences that led to the creation of the Chicago flavour of House music. No doubt, the Midwest had its own tradition of African American music. Thus, blues and jazz presented a part of the mix. To sum up, the soul music produced in Chicago, Detroit and Memphis certainly had an impact on Chicago house.