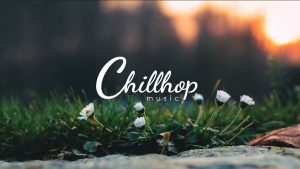 he clue with chill hop is right there in the name, it's no more than a fusion of chill out music and hip hop. A playlist is         worth a thousand words so the newly minted "Slow Hop" playlist* is just to the right & it's Youtube & Deezer versions at the bottom of the post but there is something I'd like you to read and listen to first.

The old cliche goes you have to know the past to understand the present so, if you're interested, let's take a brief look at hip hop's early days and the origins of chill out music to fully understand how chill hop came about and got to where it is today.

So what is chill out?

Before you get reading I’ve pulled together another playlist of some classic and personal favourite chill out tunes to accompany this next section. I’ve put a few thoughts on the playlist in it’s description if you want to know some of my thinking behind it. It’s a work in progress and will be developing beyond recognition in the next few weeks but it’s a good start.Chill Out music’s history is as long as the history of music itself. Ever since early man started making drum sounds I dare say there were always times when a slower rhythm prevailed, even if it was just because they needed a rest. Chamber music, monastic choirs, classical, jazz, in all this different music there has always been quieter pieces. It certainly wasn’t called Chill Out music then, it was just plain old music played at a slower pace. The obsession with genre classification is more a late twentieth century phenomena. This is also the time period I am going to focus on in my brief history of the roots of what we today call Chill Out music and for good reason.

The 60’s are the roots of modern culture that we know today. Post war society started to get a big rethink, mainly due to the efforts of a group of acid inspired hippies in the West Coast of America. Free thinking was encouraged, new ideas about sex, literature, religion, war and gender equality were discussed, rules and norms rewritten and different approaches promoted. The rule book on so many things got torn up and music was not left unscathed. Things got really cooking in the second half of the 60’s as the movement grew and spread across the world.

Again, as with hip hop, technological innovation played a massive part and the incorporation of synthesizers, effects pedals, tape machines, theremins and echo chambers into modern music is a key moment in the history of chill out. It just so happened that a lot of the effects you could get from these machines sounded really good to your average, frequently stoned, hippy, so bands like Donovan, Pink Floyd, The Doors, Steve Reich, The Grateful Dead, Terry Riley all started to record long tracks with weird effects that sounded great to this new generation slumped on their Afghan rugs and bean bags smoking bongs. Another thing these artists, with their newly opened minds, did was to incorporate drones into their music. Drones are long sustained notes that were originally found in Australian Aboriginals’ use of the didgeridoo, it was also a technique found in South Eastern Asian music, well before the 60’s. It was hugely popularised by The Beatles, early psychedelic adopters and musical adventurers that they were, when they used the technique in a few of their songs. Naturally with such advocates it wasn’t long before it became widely used by musicians and producers the world over.Perhaps the first chill out record though can, as with all things arguably, be traced to a man called Eden Ahbez and an album called Eden’s Island that he recorded in 1960 that incorporated a lot of dreamy moods, drifting sounds and ethereal vocals that would come to help define what we know today as Chill Out music. It might not sound quite so ground breaking today but if you research what most people were listing to in the late 50’s and early 60’s then you’ll soon realise how far out and progressive it was.

Music changed as the 70’s progressed and the hippy dream faded. It got a bit darker and heavier generally but the cat was out of the bag and bands kept developing these new electronic and chilled ideas with Europe arguably leading the way. People like Popol Vuh & Tangerine dream as part of the Kosmische scene in Germany, Brian Eno in England and the incredibly influential Vangelis from Greece. Progressive soul, jazz and funk groups incorporated synthesizers into their setup to push their sound in new directions. Progressive Rock certainly loved a synth and the developing soundtrack industry also kept the electronic and chill out seed alive and watered. Meanwhile on a little island in the Caribbean dub was being invented and consequently spread across the globe by the Jamaican diaspora. Little did they, or anyone in fact, know that dub was going to play such a massive part in not only chill out music but dance music as a whole.

Along came the 80’s with its further technological developments and consequent musical equipment price drops and suddenly every pop band in the game had a synthesizer but it wasn’t until the dance music revolution and the early days of acid house that modern Chill Out, the daddy of Chill Hop, was born. As part of the UK’s dance music movement some pioneering artists, a bit like their 60’s hippy forebearers decided a chill out room at a rave and Chill Out music during the post rave come down was a good idea. Step up The Orb, Mixmaster Morris, Jose Padilla, KLF, DJ Food and Biosphere to name a few pioneers. Chill Out, Chill Hop, Downtempo, Chill Step, Lo-Fi, Trip Hop, Chill Wave – call it what you will, had well and truly arrived. It even got it’s own name, back then it was simply called Chill Out.A lot of these artists were coming at chill out music pretty much like the early hip hop crews, without formal music training, just passion and vision. They started using the ever cheaper music technology to cut and paste samples, pretty much like the hip hop pioneers ten years before, although their influences tended to be more esoteric and wide ranging, driven by their differing agenda. Their mission wasn’t to make people dance or produce beats for rappers, it was to provide people who wanted to relax with ethereal head music to do so. The drums got a little slower, the textures softer, psychedelic twists and the ever effective dub effects all helped turn the chilled, spacey atmosphere up to 11. Now who’s got some papers?

so we know what hip hop is and what the history of chill out is. So what is chill hop?

OK so there are hundreds of playlists promoting Chill Hop and most have a slightly different musical agenda. No one is right and no one is wrong, it’s all points of view but here is how I see it. Chill hop has essentially been named, not invented, due to the popularity of hip hop culture. From it’s underground New York roots, hip hop has grown into a global phenomena that has been bossing the charts for decades now. It’s the musical soundtrack of a generation or two and with any movement so large it’s cultural impact on many areas is inevitable from fashion, art and right through to hand shakes. So hip hop has molded chill out music in its own image.

Chill Hop needs to have a recognisable hip hop beat to it. Nothing too fancy or boundary pushing, but something familiar sounding and mildly engaging. It also needs to be relaxing. Chill hop is not pre-club let’s do some shots before hitting the town music. It’s more, I need to study for 4 hours and need some background music that won’t be distracting, I want to chill with my partner and need some nice vibes or I just want to kick back and not think too hard after a long day. So gentle sounds, soft synth pads, simple melodies are the order of the day. Nice and easy like Sunday morning.To be honest most of the the Chill Hop on the popular playlists or Youtube channels sounds largely unadventurous and generic and I guess with a genre so influenced by the, now mainstream, money obsessed sound of hip hop there is an inevitability to that. It’s a bit like what smooth jazz is to the jazz from the 60’s or 70’s, Coldplay are to Led Zeppelin or what Drake is compared to Milo or Rakim but it is what it is, does a job and I see the sense in it.

Anyway I thought I’d throw my hat in the ring and put out my personal take on Chill Hop. I’m aiming to cut out the overly generic tunes – you know the ones from producers that just copy what everyone else is doing to make some cash. It favours producers that are going deeper, doing their own thing and perhaps nudging the stylistic boundaries a little bit. Most of the tunes will have a bit of extra soul, hell I’ve even put in some live bands that sound right. Vocals are allowed but I’m keeping them to a minimum. I’m calling the playlist Slow Hop as, after all, this is The Slow Music Movement but if your vibing to chill hop I think and hope you’ll appreciate it.As for Lo-Fi, well that is a whole different story for another blog post. Putting a few crackles from an old vinyl record onto a Chill Hop track is not what I call Lo-Fi and I don’t think it warrants a separate genre name. Why would you want two different names for essentially the same thing? So I’m currently putting together a Slow Music Movement playlist called, you guessed it, Slow-Fi. Be warned though it’s not for multi-tasking and writing your thesis. It is an altogether more engaging, free thinking, THC saturated selection. One for the after party or those hazy nights on the sofa when you’ve got nothing much to do except talk rubbish with your friends and surf your cerebral backwaters.