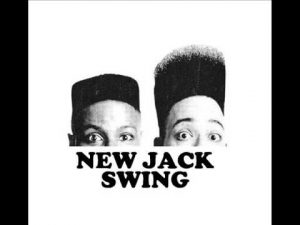 The short-lived musical genre known as New Jack Swing is just old enough to be vaguely embarrassing. It hasn’t attained classic status, and may never do so. Why is it that some styles pass directly into legend, while others remain trapped in an awkward limbo?

It’s important to stress that, like most conservative pop, New Jack Swing depended heavily on producer svengalis. When we talk about the eighties, the specter of production control looms over all hit music, dance music, electronic music, beat music. A good example is the Pointer Sisters’ 1983 album Break Out, in which different working units are responsible for each track, and the achievement is that the product is coherent at all, let alone a classic record.

New Jack Swing emerged in the latter half of the decade, reaching a high point some time around 1990 with the huge success of Bell Biv Devoe’s single Poison. Death of overexposure comes in 1991, with New Jack City, a film co-scripted by journalist Barry Michael Cooper (a producer of early electro pop under the name “Micronawts”), whom some say coined the term “New Jack Swing” in an article for The Village Voice. The same year saw the release of the Wreckx-n-Effects track New Jack Swing, another possible source for the name; in either case, it seems clear that 1991’s mainstream press frenzy was symptomatic of the genre’s quick slide into irrelevance.

The sound could be described as an admixture of hip hop—at the time roughly produced, which wasn’t surprising, considering that albums were being turned out by nineteen year-olds working with cheap bedroom sampler units—and the kind of music on which labels like Motown always depended: popular soul that relied on producers to midwife the product. The entire New Jack Swing venture can be seen as a producer’s grab for market share, a way to assimilate an obstreperous but commercially successful youngster into the secure, decades-old structures of popular black music: emotional, sexy, smooth, above all, Adult. What was apparently needed was something ‘edgy’, which was a defining critical term in the nineties, across media. Adult Urban Contemporary producers decided that, in the interest of survival, they’d better incorporate hip hop rhythms, samples, and production techniques. If this indeed was some kind of strategy, today’s charts demonstrate its success. Motown itself, through streetwise marketing and production, found new life in the nineties with prime New Jack Swing acts like Another Bad Creation and Boyz II Men, the latter of which is, according to the RIAA, the most lucrative R&B group in history.

The New Jack style proved tremendously popular, spanning genres and forms. Its influence could be seen in movies like House Party, hip hop groups like Heavy D and Nice & Smooth, catch-up albums by established stars like Michael Jackson, and fashions such as towering high-top fades, single-suspender overalls, and baseball caps dangling their price tags. The style stretched as far as Japan, where artists like Zoo and LL Brother carried the torch.

But what is it that makes this music “New Jack Swing”, as opposed to something else, say, “up-tempo R&B”? It’s a style with an as-yet unwritten history, unless you count the numerous international fan-sites. Bell Biv DeVoe offer a general definition in a liner-note credo describing their own music: “mentally hip hop, smoothed out on the R&B tip with a pop feel appeal to it.” The style’s origin could also be dated to Bobby Brown’s 1986 split from New Edition, the hit group created by Maurice Starr and Michael Jonzun. After all, one of the premises of New Jack Swing was its “edge”: New Edition was a saccharine boy band, and Bobby Brown wanted to assert his more mature image. This strategy was adopted by many other performers, including Janet Jackson, not to mention the remaining members of New Edition. It wasn’t enough, however, to incorporate adult-themed lyrics. The style was really telegraphed by the sound, the province of the producers, of whom Teddy Riley is acknowledged as master and originator. While his breakthrough was Keith Sweat’s 1987 album Make It Last Forever, he really hit his stride a year later with the trio Guy, which was one of the most influential bands of the period, and Riley went on to remix or produce literally hundreds of tracks.

“If you take a band that’s good, you bust it up and sell three times as many records.” This was Devo’s critique of what they saw as rampant in rock ’n’ roll, and New Jack Swing honed the strategy, with popular artists going on to become producers rather than simply solo acts. New Edition gave Michael Bivins the experience that he’d use to groom ABC and Boyz II Men: the family seed must be perpetuated. The formula was copied back into hip hop by artists like Dr. Dre and EPMD.

For a supposedly street-wise mode, the music itself is tame. This is partly due to fat record contracts, which demanded high production values, which meant increasingly professional electronic studios and a clean, airless sound that made no attempt to conceal its digital origin. As with electrofunk, the goal was the crispest highs and the heaviest bass. While in some music samples are chinks in the armor,through which grit, poor recording, and vinyl-crackle enter, here they were employed as rhythmic punctuation rather than as loops, and were in any case often generated in the studio, rather than appropriated. Tracks were actually composed, sometimes by producers with some musical background, and synth sounds came straight out of the box, with little of the knob-twiddling that House and Techno brought to electronic music. It was a voracious synthetic mode, seeking to fold in hard beats and cuts, crooning vocals, chimes and bells, swelling strings, sexual innuendo and declarations of romantic love. Rapping was kept to a minimum, sometimes ushered into special bridges and breaks, and overshadowed by harmonizing, crooning, and wooing. The term “swing” referred to the rhythm, which often employed a combination of straight 8ths, 16th-note shuffles, and 16th-note swing patterns (in Europe, the music was sometimes known as Swingbeat, and this name survives in the Netherlands, which for some reason is a stronghold of New Jack Swing fandom).

What are we to make of this movement? It may be that it’s deeply reactionary, but there’s something interesting about the low regard in which it’s now held. You can trace a cyclical pattern: every ten years or so, up rises a dumb, catchy mode that will eventually come to sound like death. “Jungle” or “Drum & Bass” might come next, although those forms never reached criticals levels of popularity, at least in America. Ultimately, these comparisons are absurd but fun: you can juxtapose white acts like Sudden Impact or New Kids on the Block with the Brothers Gibb, or even with Steely Dan, whose notoriously antiseptic sound has affinities with that of New Jack Swing.

If we take a genre that’s even closer to us in time, like Grunge, it’s clear that New Jack Swing’s current shit status doesn’t come simply from the passage of time. Grunge, while quickly coopted, grew out of an apparently independent community, whereas New Jack Swing was, from the start, large-format, cash-making, eyes-on-the-charts. Giving such control to the technicians yields a sound overly indebted to then-fashionable production tools, whether it be digital reverb in the early eighties, or the auto-tuner today. What is off-putting is the pathos of the obsolete product. It made a sacrifice so that we could move on with a clear conscience. Pop cannibalized any useful parts, and ditched the corpse. The lesson is that music arising from a community dies with some dignity, while producers like Jimmy Jam and Terry Lewis have long since moved on to the next sound; surely they haven’t shed a tear for New Jack Swing. 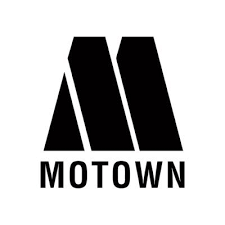