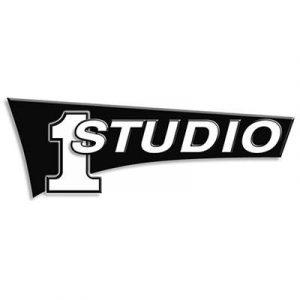 Few Jamaicans who grew up during the Sixties can forget waiting for the next weekend “spot” (party). It was important after a tedious week spent in a hot, humid city to dress up and go out, to socialize with friends and dance. The key to success for any party has always been to get people dancing, and keep them dancing. On those cool Jamaican nights…dancing in a living room stripped bare of furniture…dark, almost pitch black…hearing the latest sounds booming out of big speaker cabinets…it seemed the only release for everyone’s frustrations was dancing. And at least then it didn’t seem important if you were rich or poor. Maybe it was a signal of what was to come that the poorest people had the largest speakers, but it was still only the music that counted.  Nothing seemed to matter when you were dancing to Alton Ellis or Marvin Gaye: Jamaica in the Sixties was united by music.

Clement Dodd, the man who shaped so much of Jamaican music, first got interested in music by listening to American jazz: Louis Jordan, Lionel Hampton, Billy Eckstine and Ella Fitzgerald. While his commercial interests led him away from jazz, it always remained his favorite music. In the Fifties he began collecting the R&B records being brought to the island by migrant farmworkers who left Jamaica to work in Florida. It was this raw unschooled black music that struck a chord in the Jamaican psyche.

Around 1954, Coxsone’s awareness of the commercial potential of R&B caused him to form his first sound systemst o play at the parties that were a mainstay of Jamaican social life. Since R&B music formed the bulk of party requests, it was important to supply the growing demand once the hits started to get stale (or as Jamaicans say, “common”). To satisfy this demand, Coxsone was forced to travel through the U.S. to pick up local hits and bring them back home. By being exposed to these new sounds, his shows became more popular than other early sound systems like Count Nick, Woodie, and Tom the Great Sebastian. At the height of this sound system craze, Coxsone had as many as five different shows going a night (average admission price for these parties being 2s6d, or around 50¢).

This couldn’t last forever, and when rock ‘n’ roll in America eclipsed R&B Coxsone was left without sufficient product to fill the local demand and was forced into recording his own music to supply his fans. As he explained it:

“So then I decided to make some local recordings of my own for the sound system. When I started, I didn’t realize it could be a commercial business to the extent I’d sell my own records. So after the first three or four sessions, the feedback was really good because the people started dancing. That was the Ska era; we did a lot of instrumentals like “Shuffling Jug” and “Easy Snapping”.”

Ska, a Jamaican version of R&B, was a clear departure from the earlier Jamaican recordings that were either calypso or slow ballads. Coxsone did not sell these recordings initially. By keeping them exclusive, he had an edge over existing, and newer, sound systems like Duke Reid the Trojan, King Edwards, and Lord Koo’s  who were also having a hard time finding any new R&B records in the States.

The success of these new recordings inspired Coxsone to branch out into live shows to highlight his artists. Owen Grey and the Blues Busters topped these successful early bills. Another important aspect of these early shows was that they were innovative, stage shows in Jamaica had not been purely based on music.

Coxsone’s experimented  with Delroy Wilson, Millie Small, The Wailers, and The Maytals. The cream of his studio musicians were known as The Skatalites, numbering in their ranks Don Drummond, a seminal ska figure. Ska immediately became an international sensation, spawning countless cover albums on major US labels..

In 1962  Mr Dodd built a studio on Brentford Road in Kingston where he launched his own “Studio One” label. The studio, apart from allowing Coxsone artistic independence, was the birthplace of rock steady. Rock Steady was the local term for the new beat, slower in tempo than Ska.

“The name came out of a group of them [musicians] talking about it. Rock Steady we tried to make with a real catchy beat and steady for dancing because in Rock Steady it was when we realized how important the bass line was. Just as important as the vocal, to have a steady bass line, a catchy bass line.”

Even more than Ska, Rock Steady formed the foundation for Reggae, and it was the desirable slowness of Rock Steady and the infectious bass line that created a music that would rival any urban black music of the period. Groups like The Heptones and The Cables, and artists such as Alton Ellis, Slim Smith, and Bob Andy were producing a sound as lyrically and musically accomplished as any of their counterparts in Detroit and Memphis. Compare any Motown release of this period with its Jamaican equivalent and you will realize how in Jamaica Alton Ellis could be as popular as Marvin Gaye. Jamaican rock steady and American soul were not distant cousins but related music cut of the same mold. Both were dynamic products of the same black urban experience.

Coxsone always maintained his popularity not only through his own talent in knowing what was good to record and to produce consistently innovative music, but by virtue of the fact that he still listened to the man in the street.

“Because I had my own studio I did a lot of experimenting, what I used to do…I record the music, put it on a dub plate and go straight to the dance hall and watch the reaction. Many a time, we make the record and change it around, watch the reaction, and change it around to suit the fans. How they were moving and not so much as what the people say.”

While Coxsone in the early Eighties wasn’t running down to his sound system dances to showcase his latest hit record he was still discovering and showcasing new talent. Sugar Minott, Michigan and Smiley, Jennifer Lara, Freddie McGregor, and Johnny Osbourne all owe their own “discovery” directly to Coxsone. In 1982, “Full Up” enjoyed new popularity when re-released as  “Pass the Dutchie” by Musical Youth, whose version rose to #1 on the UK Pop charts , as well as high on other European charts.  The Clash’s cover of Willie William’s “Armagideon Time” brought punk’s obsession with Reggae to the forefront and opened another door for Studio One.  “Smile” by Lily Allen hits the charts worldwide using a Studio One sample of “Free Soul”.  Prodigy sampled  Al T Joe’s “Ethiopian Peace Song” for their track “Thunder”. Other artists who sampled Studio One songs include Born Jamericans , Ayatollah and KRS-One.  In 1994 Dawn Penn re-made her 1967 Studio One release to worldwide acclaim. It spawned covers by Rihanna, and Ghostface Killah and was covered by Beyonce on her 2009 world tour.

Studio One’s music is timeless; there are countless other examples of music and rhythms he produced years ago coming out for a second time, a third time, or even many more times, as hits for other musicians.  People who have followed Reggae music for years know that Studio One is still the greatest sound around. We hear it daily in the countless remakes of Clement Dodd’s great hits, and we know that any new hit will probably bear his imprint.