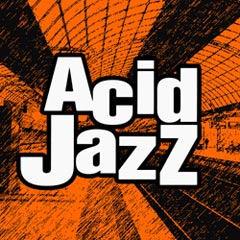 The history of Acid Jazz

Formed back in the heady days of 1987 at the start of the ‘acid’ explosion, Acid Jazz was the first of the groundbreaking new indie labels and paved the way for the likes of Mo Wax, Wall Of Sound, and Talkin’ Loud…

Initially, a simple bedroom operation established by Eddie Piller and Gilles Peterson, within three months of the first 45 release (Galliano’s Frederic Lies Still), the label had grown rapidly, acquired premises in London’s east end and laid out a unique manifesto of alternative club sounds – jazz, street-soul, funk, Latin, reggae, and jazz poetry all put in an early appearance. Galliano, Chris Bangs, The Night Trains, The Last Poets, A Man Called Adam, and Snowboy & The Latin Section were amongst the first wave of label signings and they all appeared live at groundbreaking jazz-themed nights at London clubs like the WAG in Soho and Camden’s legendary Dingwalls.

By ’89, Peterson had left the label to establish his own Talking Loud imprint and Piller soon moved the operation to Denmark Street, London’s original Tin Pan Alley, into the former EMI music office. The next wave of signings included D Influence, Jamiroquai, and The Brand New Heavies. Chart success quickly followed as the label spread its numerous tentacles around the world.

The sound of the label became the name of choice for the scene that had established in its wake and by the early ’90s, Acid Jazz was booming out of a succession of speakers from Sweden to Singapore, Hamburg to Hobart, Shibuya to Sheffield, and everywhere in between. International tours followed as the label expanded through the 90′s, gradually increasing their musical influences to include daisy-age hip hop, garage psyche, and trip-hop.

By the mid-90′s Acid Jazz had revived the careers of legends like Terry Callier, Brian Auger and Gregory Isaacs, established three subsidiaries (Focus, All-Seeing Eye, and Roots to cater for progressive indie, drum and bass, and roots and culture respectively) and signed yet another wave of successful independent artists which included the likes of Corduroy, Mother Earth, The Humble Souls, Goldbug and a dozen more.

In 1994, the label took the plunge and opened the first ‘non-house’ based night club in London. Based on the site of the Bass Clef, a down-at-heel and eventually semi-derelict jazz club in Hoxton – perched precariously amidst the second world war bomb sites, derelict buildings and culture-free zone, the club was credited with paving the way for the whole Hoxton/Shoreditch explosion of the late nineties.

Indeed, the club was rarely less than full seven nights a week hosting events from the likes of Goldie’s Metalheads, Talvin Singh, Coldcut, Ab-ashanti, Athletico and the label’s own Magic Bus. The Blue Note closed its doors at the end of the decade and Acid Jazz went back to what they do best: releasing records.