Could The Fire At Apollo Masters Mean The End Of Vinyl As We Know It?

Vinyl record sales have been impressive lately, featuring double digit gains over the last 10 years. Although the figures for 2019 have not yet been released, it’s expected that the number of vinyl albums sold would crack 20 million. The vinyl success story is likely over now though thanks to the recent fire that burned down the Apollo Masters plant in Banning, California, the largest supplier of blank lacquer masters and cutting styli in the world. 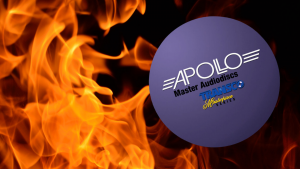 The lacquer master is an essential and critical piece of the vinyl manufacturing workflow. It’s what the mastering engineer uses for the initial transfer from digital or tape formats that’s then used to create the stampers to actually replicate the audio onto a vinyl record at the pressing plant. In other words, no lacquer, no vinyl records.

Apollo Masters is only one of two suppliers of blank master lacquers and currently supplies more than 80% to the world. The other lacquer manufacturer, MDC in Japan, was at full capacity even before the fire, and wasn’t taking on new clients.

The 3 alarm early morning fire was a huge one, requiring the presence of 82 total firefighters to help extinguish the blaze. Despite the huge firefighter presence, the 15,000 square foot facility was almost completely destroyed, which doesn’t bode well for the future of vinyl albums, at least in the near term. 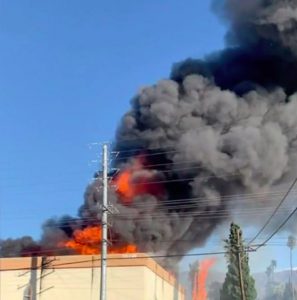 The problem is that there’s no other reliable way to cut a vinyl master disc. While direct-to-metal mastering (DMM) is a possibility and has been tried many times over the years, most agree that the sound isn’t up to par with using a lacquer master. Most equipment for DMM is also in Europe, as it was much more popular there during its heyday, and modern lathes can’t be converted.

Because of the limited supply of lacquers, and the resulting limited number of vinyl albums that can be created, expect to see prices soar in the vinyl market. This will be seen as a growth spike at first before the market settles down to realize that the vinyl pipeline just got squeezed to almost nothing, especially in the U.S.

While it’s possible that MDC expands its operations or Apollo Masters either rebuilds or sells it’s intellectual property to another entity, it will take time for new capacity to come online. Can the vinyl industry sustain in the meantime? We’re going to see how strong and resilient that portion of the recorded music business really is.