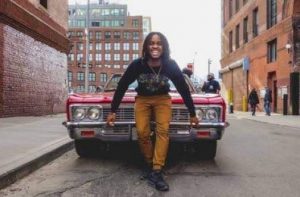 It has not been an easy journey for singer King Charlz. After years of hard work and defining his sound, the artiste finally released his debut album Still Searching .

“The challenge that I had was with producers. I would be recording for them, and they would be telling me what to say. They wanted creative control, and did not allow me to have a say in the product. It was after those experiences I decided to work with persons that I am most comfortable with,” King Charlz explained

The South Florida-based artiste dropped the 8-track project in last December on the Valholla Entertainment label. It entered the US iTunes Reggae album chart at number six.

That was a defining moment for Charlz, who is originally from Spanish Town.

“It was definitely a great feeling. I didn’t know that I would have had an album on any chart, because this is my first effort. It is truly a blessing,” he said.

Still Searching has a number of producers including J Vibe, DJ Blade, Kris Karz and JLL.

“I had a great opportunity to work with some extremely talented producers in the game right now. They have a certain sound that I love and would like to keep around for a long time,” said King Charlz.

King Charlz, whose real name is Kevaughn Charlton, is a former Kingston College student. He attended Broward College and studied Music Business and Theory. He has been busy making a name for himself on the live show circuit stateside.

He shared the inspiration behind his work.

“I describe my music as being an open expression of my thoughts. I write about the things that I go through on a regular basis. If I see something interesting going on or if I am feeling a particular way, it will definitely show in my lyrics and melodies.