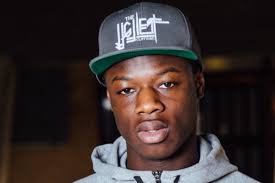 J Hus has been jailed for eight months for carrying a knife outside Westfield shopping centre in east London.

The Mercury Prize shortlisted rapper, real name Momodou Jallow, was caught with the blade after police stopped a car near the shopping centre in Stratford in June this year.

Judge Sheelagh Canavan, who sentenced the 23-year-old at Snaresbrook Crown Court on Friday 14 December, told the court it was the fourth time police had caught him with a knife.

“You are a role model to many yet you have failed to leave your past behind you,” she told him. “This, in such a young life, is the fourth occasion when you have gone out armed with a knife.”

Hus, who gained popularity in 2015 with his track “Dem Boy Paigon” and achieved wider fame in 2017 for his hit song “Did You See”, said he regretted his “foolish actions”.

In a letter read to the court by his barrister, he said: “My decision to carry a weapon was careless, ill-advised and utterly stupid. Being a public figure that many look up to, I simply should have known better”.

He said he had not been in his “right state of mind” and said the stabbing of a close friend days before had affected him.

“I am in no way trying to justify my actions as they are unjustifiable,” he continued. “I am deeply sorry, I regret my foolish actions”.

He was also ordered to pay a £140 surcharge, and the court made a criminal behaviour order that bans him from entering or travelling through the Newham borough for the next three years, and from association with a number of named individuals.

Hus was nominated for three Brit awards at this year’s ceremony, for British breakthrough act, British album and British single categories. “Did You See” reached number nine in the UK singles chartt last year, while his debut album Common Sense, which was shortlisted for the Mercury Prize, reached number six.

Since his arrest, he has kept a relatively low profile. He pulled out of Glasgow’s TRNSMT festival in June, and was taken off the Wireless festival billing in July.