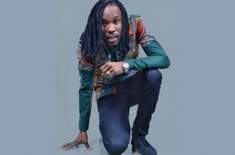 Wrapping up 2018 on a high note with several notable performances across the diaspora capped by the release of his debut album A M E N, reggae artiste Nesbeth is getting set to broaden his musical horizons.

Earlier this week he left the island for the United Kingdom to commence work on a collaborative project with a team of British musicians. According to Nesbeth’s management, he is working on several projects the first of which will be a single with an Ugandian artiste.

Though no set date has been given for the release of the project, his team explained that the intent is to amplify his presence in Africa, a growing market for reggae and dancehall that has the potential to eclipse reggae-havens Europe and Japan in the foreseeable future.

“In recent times I have been making a greater impact internationally, especially in Europe and the United Kingdom. So now we are looking into other markets where we can expand brand Nesbeth and Africa is nicely poised. They have been calling for some time now, so we are finally answering that call. This collaboration is just the first of several major projects in the works for the rest of the year,” Nesbeth explained.

Despite his sights on the ‘Motherland’, Nesbeth continues to promote his debut album and is preparing for his upcoming performance on this year’s Rebel Salute at Grizzly’s Plantation Cove in Priory, St Ann.